It’s the weekend, and the family is all together.

The kids get to enjoy some video game time, Mary and her husband get to reconnect and they even get a sitter for a night out. It feels so good for Mary to be able to relax without demands for a little while. She wanted to have some time to talk with her husband also, she felt disconnected lately.

They discuss the kids the whole time at dinner out, and they disagreed on some things regarding the boys. He wants to raise them towards manhood and Mary struggles with being over-merciful and pampering.

Church on Sunday was good, even though it was a struggle to get out the door on time. As Mary sat next to her husband and read the bulletin, there was an advertisement for a men’s breakfast, she nudged him and points to it, suggesting he take the boys. He wrinkles his nose. Mary is instantly annoyed at his resistance and dwells on her feelings, and she totally misses the sermon about being content in any situation.

They spend Sunday afternoon readying the home for the upcoming week, doing laundry, preparing school books and cleanup. Her husband relaxes watching football. He had emptied garbage’s, and mowed the lawn, but the rest of the house work takes longer and she is annoyed that he rests and she’s still going.

He approaches her to be intimate later before bed and she feigns not feeling good and puts in a dig about being so tired from working hard all day long.

Busyness is such a wonderful tool!

Who would’ve thought such a simple thing could cause such a drift and chasm in relationships. Convincing humans of adding more onto their already bulging schedules and overflowing plates is an easy task. Mary and her husband are no exception.

Commitments, schedules and pressure they place on themselves keeps them hopping, driven and unfocused on our Enemy. The Enemy calls for them to sit quietly and rest in Him. These crazy worker bees don’t know what it means to sit quietly. Constantly achieving for what end I do not know. They haven’t figured out which things are eternal and which are temporary.

The thing I love about women this day in age is that they are shifting from being a helpmate who is selfless to a self-centered, indulgent, entitled beast. These qualities are wonderful to work with! I can quickly use her desire for “me time” to expand into a daily “need” to get away from the stress or unplug. They realize that they are too busy, but think instead of removing commitments they ought to self-pacify, self-medicate and self-indulge to escape it for a while.

Anytime her husband requests something from her or desires to be intimate, I have a trigger feeling setup inside her head that she’s annoyed at being asked for one more thing. I have convinced her that she’s spread too thin and doesn’t have much else to give. 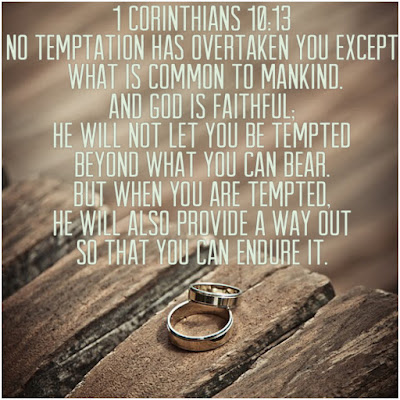 This need to get away plays into my plan for the old high school friend she reconnected with on social media. He will be a perfect diversion. I have spoken with my colleague who is assigned to him. He will work on this man’s desire for some excitement and desirability to other women.

So when Mary comes along and is suddenly interested in this escape from the real world, this old friend will also sense her being attracted to him, which will fill a void he thinks he has. They will instantly feel a connection and that possibility of a void being filled, not once pausing to think that they ought to fill the need with their own spouse or with our Enemy.