Alarm clock buzzes at 5:45 am. Mary, bleary eyed, shuts it off and heaves a deep sigh… another day of the same. Too much to do too little time, kids demands, homeschooling, husband’s needs, kids have been sick, etc... She thinks to herself that it’d be nice to be able to spend a little quiet time with a cup of hot coffee and her devotional…but she can hear some noise coming from the kitchen. Someone must be up. So much for quiet time today…

I am working on Mary today, Anne and Jill seems to be spinning in their own self-centered thoughts, so I figured they weren’t much of a threat at the moment.

When Mary woke up today I made sure that I immediately met her with thoughts of being overwhelmed and defeated before she even put her feet on the ground. She used to wake up and tell our Enemy “thank you” for the new day, I now have her stressed and distracted enough that she completely forgets.

It was really too easy to blow up her day and cause her to fall apart even before dinner. The washer broke, so I encouraged the kids in their fighting to get louder and meaner so Mary’s frustration level was near boiling point. This presented the perfect time for me to insinuate that her life would be so much better if she had just put those kids in public school and went to work with responsible adults.

When she called her husband to inform him of the washer, He, of course, was busy and snapped at her, telling her she knew how to call a repair man, condescendingly reminding her that he didn’t have time for that kind of stuff. Mary resents that fact that he doesn’t have to deal with the kids or house stuff. She also feels small and insignificant when he barks at her like that, like he could care less about their home together and how much effort she pours in.

I help her nurse those feelings. I massage them into her mind, so they are ever at the forefront. We can’t have her finding her “joy” again.

Later that day, she tried to “pull herself up by her bootstraps”, as they say, and make another effort to be a good mom. She felt guilty for yelling at the kids when she was really just angry at the washer breaking and her husband. I made sure she boiled over so she took it out on them. If I can affect their futures through her, I will take every opportunity I can!

Her attempt to make a nice dinner and be cheerful was a disaster, I got such a good laugh watching! She picked out a recipe from that oh-so-helpful-site Pinterest. It typically makes her feel less-than and ill-equipped. However, today she pushed through and made a complicated dinner. I distracted her with a phone call from her mom and she forgot a step in the recipe….
So it was an utter failure. BONUS for me! She gave up and made macaroni and cheese, which of course thrilled her husband. He had specifically chose to come home for her “special dinner” instead of going out with the guys for a business dinner after work.

With spending so much time trying to corral her kids and teach, dealing with the washer and mess, and failing at dinner she didn’t have time to shower or straighten herself up at all. So when her husband came rolling in after work, she added to the day’s mess by not feeling very attractive and worried her husband might not be satisfied with her. After all, he works with well put together women all day.

The end of the day was truly perfect. In just one day, one 12-hour period, I caused her to feel discouraged, overwhelmed, frustrated, guilty, angry, like a failure, less-than, worried about her marriage, ugly, and incompetent.

Hope to have an even better report tomorrow Uncle! 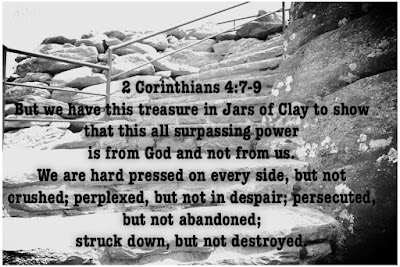