Anne rushed through the hallway to her last class of the day. Sometimes she wished she had done this one online so she could sit at home and relax a bit. It was cheaper too, but her friends had really advised she take the class with them so they could go out together afterwards. It seemed like there was never any time for social stuff anymore.

She could hear her mom’s words barking in her ear “That’s real life honey, it’s not here to entertain you, get over the friend thing, nobody in our family ever got out of the projects by chilling with their friends.” Her strongest desire to finish up school was to leave home and never look back. Whatever she had to do to complete her degree, get it paid off and start a fresh new life away from her parents! As she walked into class, her friends reminded her that they planned to go to a new club that just opened.

Inside she felt that familiar red flag goes up. Anne had no interest in drinking at partying, after growing up with parents that abused substances, it held no pleasure for her. Besides she was terrified that the statistics were true that addiction could be inherited.

My assignment with Anne appears to have the makings of a huge success. I am not sure how my forerunner Garrus failed with her, she is riddled with baggage!

Anne’s mind and heart is like murky water with a monster of a fish hovering just below the water’s surface, but you can’t see how huge it is until it rears its ugly head. That’s her shame, guilt and self-loathing.

Considering her past abuse and then subsequent choices to go live in the pit of self-destruction, she keeps quite a composed, plastic, happy face on most days. So it will be incredibly easy to just poke at the waters to cause little ripples of disturbance through her carefully crafted façade.

Her classes are no longer making her happy and feeling hopeful of the future, they seem to be an obstacle that she has to overcome to get on with “real life”. I am hoping to stir that discontentedness with her classes and plant thoughts of just quitting. If I can get her to be a tiny bit prideful of all the work she’s put in so far, I can convince her that it’s enough to just be done. Quitting will give her an exhilarating feeling of taking control over her life, but what she won’t realize until it’s too late is that it will make her years of college practically useless without the finished degree. She can never put on a resume that she finished and graduated, future employers will view her as a quitter, unable to finish or follow through.

Her peer group is very different from Anne. She tries to conceal her true feelings of fear when they want to go out to party.  She just stuffs it down hard and participates so she doesn’t appear to be the freak she thinks she is. I need to increase my enticing of the disconnect she feels when she drinks. It gives her a moment to step away from the stress and just relax. Alcohol has always been a very powerful tool and I plan to employ its siren-calling capabilities as often as I can. Combined with her mother’s words echoing constantly in her head, she won’t be able to decipher between her fear to stay away from alcohol and her fear of being overwhelmed. It’ll just all pile on and become unbearable, then someone will present her with an opportunity to disconnect from it with a drink…and suddenly I have equated stress relief with “I just need a drink”.

As long as I cloud her judgement, she will not feel or hear our Enemy’s call to rely on Him instead of our world’s medicine.

I am eager to share with you my results later on. 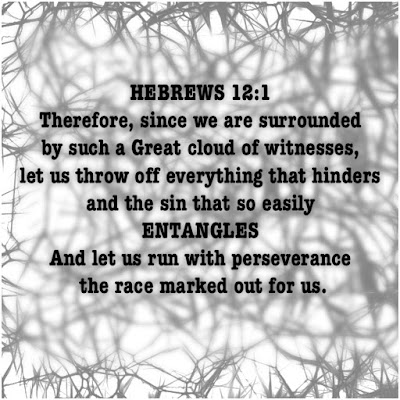