Dancing on the Razor's Edge

Mary tried to connect with her friend on social media, as had become the evening usual for the last several weeks. He wasn’t around.

Mary noticed how sharp the disappointment hit her. She thought maybe she’d try later on that evening.

The kids went to bed and her husband was reading in bed. He had tried to approach her about spending some private time together, but she made up an excuse and went downstairs. On her way down, she poured a glass of wine, she felt the need to relax.

Their online conversation lately had gotten a little risky, Mary enjoyed it a little too much. She signed on and there was a message waiting from him. Her heart quickened as she gulped some wine. He apologized for missing out on their time earlier, but there was some family stuff going on.

They quickly pushed past the pleasantries and headed into flirting, as was the norm lately. He really wanted to connect over lunch sometime, Mary wasn’t sure how to get a sitter during the day without blatantly lying. Oddly enough, she wasn’t averse to it, she was just calculating all the details so she wouldn’t be found out.

It’s not like lunch together was that bad, it just leads to other questions and she didn’t feel like having to answer for her choices. By the time they wrapped up a 2-hour conversation it was midnight, she had two and half glasses of wine, which influenced her to forget to delete the conversation and log off.

When she went to bed, her husband was actually awake reading still, which completely annoyed her. Mary was hoping to slide into bed without having to answer his questions.
Well, two things happened.

1- He asked why she had so much to drink, typically they only drank together and on special occasions, and 2- if she wasn’t feeling good enough to be intimate then why did she spend the evening drinking and surfing on the internet?

Mary could tell he was angry and hurt.

Time for some back peddling…quickly. 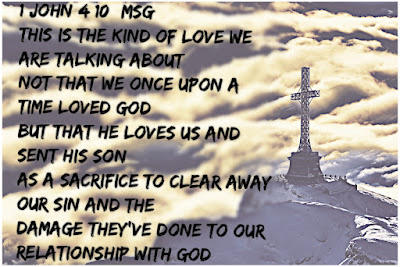 After the devastating loss of Anne, I do feel like I am able to keep control over Mary, at least.

She’s far too engrossed with this internet friend. It is providing the exact distraction I hoped for! She’s invested enough that she’s making excuses, lying and getting defensive about it.

Her husband is going to be caught in the wake of this destruction of their marriage. He has no idea what’s going to hit. Mary is not only being unfaithful, but she will believe that this new guy wants to be with her permanently.

Once the new guy drops her, she will be left empty, bewildered, lonely and unable to cope with her deep unhappiness.

She will have thought that this was her shot at the life she was supposed to have, but with his rejection, it will further confirm her own low self-esteem and self-loathing will once again set in.

However, now it’ll be terribly worse because she will have not only decimated her relationship with her husband and potentially the kids, but this illusion of a happier future will be dashed and sink her into deep depression.

I will make her worthless to her family.