The voices in my head….. 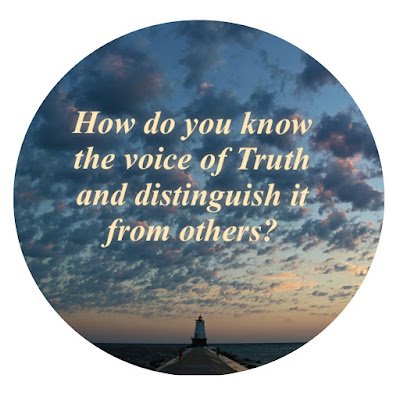 How many voices are speaking to you right now? What’s pulling on you?

-How many views or likes you get on your social media posts?

-Maybe its relational voices like peer influences in your life giving you advice and direction?

-All of us are influenced by music. How many lyrics have you easily memorized over the years?

-Perhaps the voices that are loud to you right now are political or news worthy.

-Maybe…the voice is you. The self-talk we do in our heads. Be it strong and prideful or lowly and degrading,… or constantly comparing, we all have self-talk.

John 10:1-10 Jesus tells the story of the sheep and Shepherd. In verse 27 he says “My sheep hear my voice, and I know them and they follow me”. Jesus is the Good Shepherd and His followers are the
sheep in the story.

Do you know the voice of the Shepherd? Could you pick it out among all the other voices swirling around like a hurricane? What does it sound like?

This means that our Shepherd’s voice is the voice of Truth.
Absolute Truth.

Not truth for you and truth for me, and we blow whatever way the wind blows and adapt and change and evolve. Absolute, 100% truth for life, for living and for all direction, the only standard!

So when you juggle all of the voices in your head from the world and from your own ideas and thoughts, where does Truth fit in?

Are you measuring all of your decisions and basing your thoughts about yourself off of what the world tells you or what absolute Truth tells you?

How do you know the voice of Truth and distinguish
it from the others?
It is Scripture.

God’s Word is the living and active breath of God! It is just as relevant and applicable as it’s ever been, and the best thing about it is that it never changes!

God’s Word is Truth. John 1:1 says that Jesus himself is the Word. The spoken Word, the prophesied Word, the fulfilled Word and living Word!

In order to know the Word of Truth, you need to know scripture. Read it. It’s the only way you’ll ever distinguish God’s voice of Truth from all the other voices around you vying for your attention. They are not truth, they are a poor substitute, telling what you want to here and swaying you away from God’s Truth.

You’ll begin to know the difference because they clash, they are sometimes quite opposite from what we feel compelled to do.

~ We say I’ll hurt you because you hurt me….God’s Word says love our enemies and pray for those who persecute you. (Matt 5:44)

~ We say It’s what everyone watches on TV or listens to on the radio….. God’s Word says do not be conformed to this world but be transformed by the renewing of your mind. (Rom. 12:1)

~ We say that admiration of someone turns to lust and we speak about how “hot” or “sexy” they are….God’s Word says that if you look after someone in lust you’ve already committed adultery in your heart. (Matt 5:28)

~ We say share online all the wonderful deeds you do…volunteering, giving to the poor, service work in other countries…just to “share” so others can see what you are up to….God’s Word says to do your charitable deeds in private or you will receive no reward from them. (Matt 6:1)

~ We say you should spend most of your life earning. Storing up wealth, using your money for you personally, making a fat retirement for yourself one day…God’s Word says Do not store up treasures on earth but rather treasures in heaven, For where your treasure is there your heart will be also!. (Matt 6:19-21)

~ We are so quick to judge! We speak about someone’s choices or behavior and execute judgement as though we have some right….God’s Word says that what measure you judge others that same measurement will be used on you…that we are to remove the plank from our own eye before trying to point out the speck in someone else’s. (Matt 7:1-5)

These are just some of the Truths you can find in scripture. I pulled most of them from Jesus’ Sermon on the Mount in Matthew chapter 5-7.

As you can see we’ve wandered so far from the Shepherds voice of Truth, I’m not sure we could pick it out in a silent room because of all the influence in our own heads.

We pay such close attention to all the other voices and brush off like a crumb the voice of Truth.

It’s not popular, it’s not easy, and it’s so different from everyone else.

CORRECT! As I mentioned the verse above, Romans 12:2 says do not be conformed to this world.

This means if you look like everyone else…You’re doing it wrong.

Romans goes on to say that you need to be transformed by the renewing of your mind.

Time to put off the worlds voices and search out the voice of Truth.
Time to stand and be who we are called to be!