That time when God chose prostitutes, adulteresses, and liars to be in Christ’s family line

Think of a time when you were totally baffled by God.

How He used something or you, when He didn’t act how you wanted Him to, when His timing was so far from what you expected. 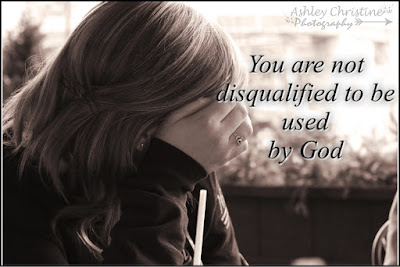 Everyone has these moments because scripture says that God’s ways are above our ways and His thoughts are not our thoughts. (Isaiah 55:8-9)

I was reading a scripture passage our pastor used in his sermon, and I was confused by it. Why on earth is this in scripture? It’s Genesis 38. It’s like this pause, a weird segue thing in the middle of the story of Joseph being sold into captivity by his brothers.

I prayed and asked God why this was in scripture. I wanted to understand.

As I read and re-read, I saw the little markings for the cross-referencing in the rest of scripture and that’s where I found my answer.

Just to offer a small recap of the story in Genesis 38, Judah, one of Joseph’s brother, has some sons. He gets a wife (Tamar) for the eldest son, and for reasons unspecified other than he was wicked, he dies prematurely before a family has been started. According to their culture, the next available brother was supposed to marry her and give her children on behalf of the deceased brother. Tamar went through 2 of Judah’s sons and they died because of wicked reasons, so Judah wouldn’t give her any other sons, and promised to marry her to one that was yet to grow up. Tamar went to live as a widow with her family until that boy grew up. She was never sought after by Judah as he promised. So Tamar decided to trick Judah into getting her pregnant (yes, her father-in-law) by posing as a prostitute…. clearly she knew he’d come after her because of past behavior. She not only tricked him but gained proof that it was him who impregnated her to protect herself from getting stoned. Later she gives birth to twin boys. Perez and Zerah.

If you are like me, you read stories like these and wonder what God is trying to say. I believe God. I believe what His word says is true. I also believe that everything in it is inspired and meant to be. So with that…. what do we do with this story?

The little cross-reference letters lead me to Ruth 4:12 and Matthew 1:3. Come to find out, Perez is directly in the line of…drum roll please…. Jesus! So this story of crazy deaths, lies, deception, prostitution, even incest… this baby named Perez is born and he’s a name in history that leads to Boaz, then later to King David…. And much later Joseph, the adoptive father of Jesus.

So just to be clear, the incredible acts that God goes to in the story of Jesus, outrageous choices of people to be used in the family line of His Anointed Son who becomes the Savior of the world is meant to teach us something. There’s only one of those things I am going to latch onto today. That thing is God uses anyone and everyone, and whomever He pleases.

YOU are not disqualified.

Here are some characters in Christ’s line:
Abraham- lied about having a wife twice, forced the promise from God about a son by sleeping with wife’s maid because he didn’t believe God’s timing (Genesis chapters 12, 16,20)
Jacob- received his father’s blessing by trickery, cheating his brother out of his birthright, lied on a regular basis. (Genesis 27)
Judah- his story is above. (Genesis 38)
Rahab- prostitute turned spy-hider for the Israelite army, had a baby named Boaz. (Joshua 2)
David the King-had a baby with Bathsheba (the one he committed adultery with and murdered her husband) named Solomon. (2 Samuel 11-12)
Solomon- the man who was gifted with supernatural wisdom, disobeyed God and married lots of foreign women (700 to be exact) and they brought their foreign gods and idols with them into the kingdom. He built idols to them. (1 Kings 11)

There continued to be King after King that did not follow the Lord and would lead the whole country in disobedient idol worship and sacrifices. Many ordinary sinners and some very sordid tales. All this leads up to Joseph, to whom Mary is betrothed to.

Yes, all of the lineage leads to Jesus’ adoptive father.

THAT is how God fulfills the prophecy that Christ would come from the line of King David!
This is why we read the boring genealogies. For these nuggets of amazing grace. These stories are real people like us that had real struggles, incredible disobedience, short spurts of doing the right thing then falling back into the sin pit.

What is the takeaway?

Just this- I know of a God in heaven who loves His wayward people so much and chooses in His sovereign way to use them. He allows us the privilege to get the experience of being used by Him. It’s a gift to us, it’s a grace. He doesn’t have to. He created everything by speaking it into existence in 6 days, why on earth would He need us for anything? 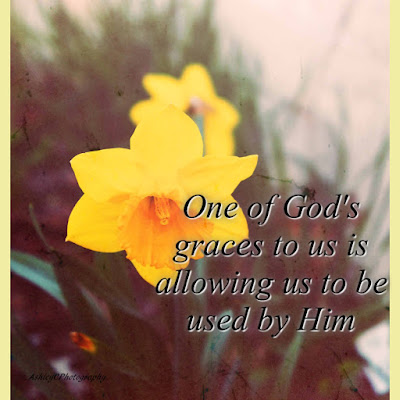 It’s because we are His beloved creation, made in His image, the apple of His eye, each and every one of us! He has been to the beginning of time and all the way to the end of time and back again, He knows all of time and knows our paths. He knows where He wants to use us, how He wants to bless us and exactly the moment that we’ll realize that we got to participate in His amazing story He’s writing. The story of us…mankind, His beloved that He sent Jesus to die for.


It’s not over! It’s not too late! God loves to use us because of the blessing it is for us! He cherishes you so much that He wants to see that moment when you have recognition of His love for you!

The other reason He uses us broken down humans is because it magnifies His glory that much more! We are here to bring Him glory and when He works through the broken clay pots that we are, it’s such a bright light that shines through the cracks in the pot that there is no other answer of what it is, but God!

So go read some genealogies and see if you can find someone that sounds a bit like you…. 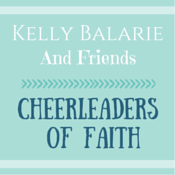 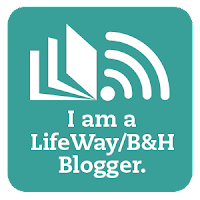